You are here: About Approachable Certification > The People

We may currently be a small certification body.  But that’s in size only.  Certainly not experience.  Below you can read more about who we are and what we stand for. Approachable Certification is George’s brainchild.  His success in the certification business is legendary.  Firstly he grew a regional office of a large certification body (CB).  With that thriving, he decided to use his knowledge and experience to set up his own CB.  With his business partner, that became one of the most successful CBs in the country and was eventually sold.  Three years passed and George was missing the industry he’s grown so fond of, so decided to set about growing another CB.  And so Approachable Certification was born.

George has a large family which keeps him busy.  When he’s not following his passions of playing golf or watching Manchester City, you’ll find him cheering on his race horse or in Frankie’s the local Wine Bar. Nigel’s no stranger to the world of certification either, having worked with five Certification Bodies during his career.  Often the front man, ensuring that the website is attractive to customers, but also networking behind the scenes to bring in new leads.  Nigel’s most successful venture was whilst previously working with George, who approached him once again to grow the business and ensure complete customer satisfaction.

Nigel’s an active type, spending much of his time on a tennis court or cycling around country lanes.  At home, he can always be found listening to all sorts of music.  He’s a seasoned traveller and enjoys nothing more than travelling to foreign climes with his wife. Yes, you may have gathered, Rachel is related to George.  His daughter acquired an enthusiasm for management systems whilst studying for her degree.  This complements her IT and organisational skills, and commitment to ensuring the office runs like clockwork.

Rachel enjoys travelling and always likes to have her next trip planned.  Around town she can often be spotted enjoying a night out with her friends.  Rachel keeps fit by going to the gym and during quieter moments is adept at selling discarded items on eBay. Also George’s  daughter (perhaps we should be called Maxwell Certification!), Emma graduated from Manchester Metropolitan University with degree in Marketing Management. She can now be found in our office putting her newly learnt skills into action. All with the aim of making Approachable Certification a household name in the world of certification.

Other than studying, Emma enjoys eating well and has a passion for fitness and weight training. And if that paints just too perfect a picture, she also confesses to searching the Internet for nice things to buy and enjoying a nice cocktail or glass of wine at the weekend. has joined Approachable Certification under training to become a Lead Auditor in ISO 9001. During University she studied Marine and Freshwater Biology and is hoping to put her environmental knowledge into practice in the future under ISO 14001. Having previously worked as a field scientist, she has decided to hang up her waders for more predictable climates auditing.

In her spare time she likes to spend time with friends. She also likes to keep fit and you’ll often find her in the gym or playing hockey competitively for her local club. 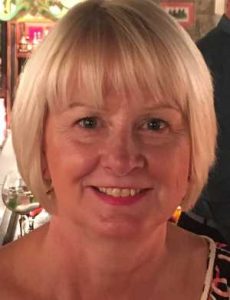 Karen has a passion for problem solving and number crunching, so she is well placed in our Accounts Department to carry out the various bookkeeping and invoicing duties.

Having worked her way up through various financial and managerial roles (mainly in the motor trade) she decided it was time for a change of lifestyle. So, Karen joined us on a part time basis.

This leaves her more time and energy to follow favourite pastimes, such as travel (especially cruising), music, and dancing. It will come as no surprise then, that she is a big fan of strictly. 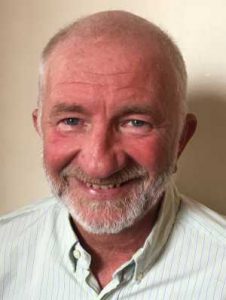 Starting as an engineering apprentice, Jim Gradually veered towards Quality and was soon auditing suppliers.  He went on to provide independent consultancy, before becoming a certification body auditor. That was over 25 years and 5000 audits ago!

Now with Approachable, Jim enjoys auditing a wide range of organisations, and with all his experience, provides technical support to our office team. He’s popular with our customers, going that extra mile to provide excellent service.

Jim’s spare time is pretty much split two ways – playing golf (with a lot of time at the 19th hole!) and following Manchester City (as he has since 1964). 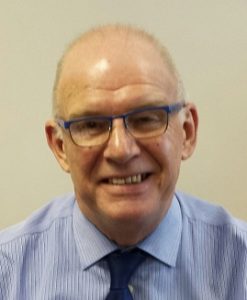 He is no stranger to certification, having worked with his previous certification body for sixteen years. He has undertaken audits in a wide range of industries, both in the UK and overseas.

Mike is a very keen gardener and maintains a lively interest in dance music. 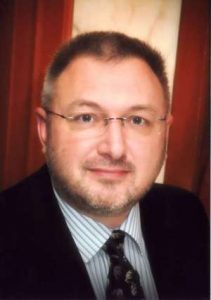 Paul started his career as a Systems Engineer in the Royal Navy.  During his 25-year service he visited 96 countries.  So, you can truly say he has worked all over the world. During that time, his responsibilities included ensuring that work carried out on the ship met Defence and International Standards.  It was therefore a natural progression to transition into a certification body for civilian life.

Paul now works as a freelance auditor, trainer and consultant.  He is knowledgeable in numerous management systems standards, specialising in ISO 27001.  He has worked in industries as varied as recruitment, printing, IT services and construction.

When not working, Paul and his wife enjoy walking their Cocker Spaniel and playing in the Salvation Army band.  The sea still calls, and whilst Carol will accompany Paul on cruises, he hasn’t yet been able to persuade her to join him on his offshore yachting adventures. 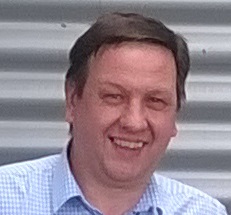 By trade, Tony is a qualified toolmaker, but for most of his life he has worked in Quality Assurance. Extensively in the oil and aerospace sectors, as well as printing, furniture manufacture and defence.

At Approachable Certification, his specialist areas are manufacturing (especially precision engineering) and textiles (including weaving and engineered textiles).

When not working, Tony can often be found sailing, restoring a boat or classic car, or starring in a local musical theatre production. 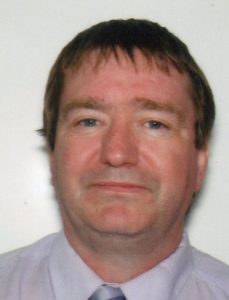 Jim started his career as a Communications Operator in the Royal Corps of Signals.  His 14-year service took him all over the world.  He has installed management systems since the days of BS 5750.  More recently he has been auditing for Certification Bodies.

Jim now works as a freelance auditor and consultant and is knowledgeable in many management system standards.  His specialist interest is OHSAS 18001.  He has worked in industries as varied as communications, recruitment, printing, paper making and construction.

Jim is a long-suffering supporter of Dunfermline Athletic FC.  Impressively, he has been a season ticket holder since he was eight years old.  He also enjoys volunteering on the Children’s Panel in Scotland. 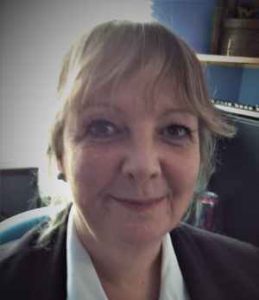 Debs (as she is known by all) started her career in the food industry very early on in life.  This was largely helped by her parents owning a fish and chip shop where she served her apprenticeship.  From there she went on to be a lab technician in a flour mill and steadily worked her way up the ladder until she became the Quality and Technical Manager at a well-known food company.

In 2004 she decided to diversify her career path and become a quality auditor.  Debs says it’s the best thing she ever did work wise.  Now, as well as the food industry, she audits haulage, engineering, transport, construction and cleaning companies to name but a few.  Debs also independently provides consultancy to organisations needing help to implement or maintain their management systems.  She enjoys the 50/50 split.

Debs considers herself the matriarch of her large family, which she endeavours to keep in control.  She enjoys creative arts such as sewing, knitting, baking and making wine.  An avid animal lover, Debs owns two cats, a dog and a horse. 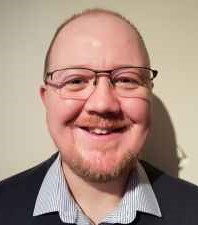 vid is a technical and IT man through and through.  He has worked in many different sectors including telecoms, food and power, as well as running his own IT company. It was whilst working in a power station he first came across ISO 27001.  He found his technical skills and eye for detail were a real asset in the realm of management systems.

After going on to implement Information Security Management Systems as a consultant, he wanted to learn more about auditing, so took steps to become proficient on both sides of the fence.  He feels that being an auditor makes him a better consultant and vice versa.

David is a proud nerd.  He loves technology and is surrounded by it at home.  He also likes to read comics and keeps fit by kickboxing.  When doing none of that, he enjoys spending time with his wife and two boys. 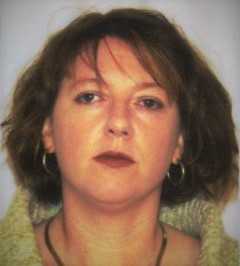 After graduating, Julie developed computer systems for several large, well known IT and Telecoms corporations.  She gained a passion for management systems and changed tracks to provide business improvement consultancy, ultimately becoming a Lead Auditor in 2012.

Julie audits all the leading management system standards for Approachable, still specialising in her roots of IT and Telecoms.

Julie enjoys horse-riding, swimming, taking her daughter to the cinema and socialising with friends from her husband’s days in the Navy. 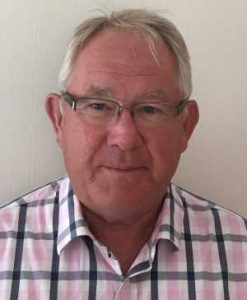 er 25 years in quality management roles in the Automotive, Aerospace, Electronics and Motor Sport sectors, a consultancy project led Jazz to a chance meeting with a Lead Auditor from a Certification Body. That in turn, led to a 15-year stretch as a Lead Auditor himself, working in the manufacturing, engineering, security, recruitment and IT sectors.

Jazz lives on the edge of the South Downs National Park with his wife, grown up children, dogs, cats, chickens and a parrot! His interests include tennis, golf, hill walking and maintaining his large garden. He also runs Slindon cricket Club, which claims to be the oldest cricket club in England. 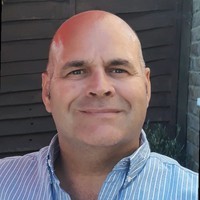 Stuart started his career in petrochemicals before moving into shipbuilding and construction, always employing his knowledge of production management and welding.

Setting up in 2017 as a freelance Management Systems Implementer and Auditor, Stuart now audits both ISO 9001 and ISO 14001 for Approachable.

As well as holidays, his spare time is taken up with competition clay shooting and the restoration of antique shotguns.

From starting as an apprentice, John has moved through many organisations with increasing responsibilities, all against a backdrop of manufacturing. His experience evolved from the quality arena into both environmental and health & safety.

At Approachable, John uses his 30 years’ technical, operational and strategic leadership experience to audit ISO 9001 and 14001.

John likes to travel and play golf at new venues. He has supported West Ham Utd since childhood (but wonders why). He also admits to having an obsession for cleaning his car! 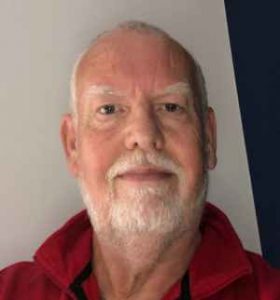 Steve started his career as an engineer in the defence sector, before progressing into aerospace with increased involvement in the world of quality.  He then spent many years in IT before combining all these skills to become a lead auditor with a certification body.

Deciding that being employed wasn’t for him, he set up his own business as a management consultant and freelance auditor.  Steve says the mix gives him a greater understanding of
both roles.

Being a self-confessed beer aficionado, Steve set up a micro-brewery.  He enjoys cooking, motorcycling and walking the Shropshire Hills, where he lives with his wife Jill.